Saint Aidan settled on the Holy Island of  Lindisfarne during the Romanesque.  Aidan helped establish the priory and monastery that helped preserve European culture during the Age of the Barbarians.  Sir Walter Scott, the famed Scottish novelist, playwright and poet was very moved by the natural beauty and quiet splendor of Lindisfarne and the perceived reverberations of the Abbey, Monastery and the Priory that he wrote the following poem in Marmion (1808):

“In Saxon strength that abbey (Lindisfarne) frown’d, With massive arches broad and round, On ponderous columns, short and low, Built ere the art was known, By pointed aisle, and shafted stalk, The arcades of an alley’d walk To emulate in stone.”

What do you imagine life to be like for the monks who tried to escape the barbarians by hiding in desolate or isolated areas where they could lose themselves in the writing and copying of manuscripts?  Do you think such a remote, isolated community of religious scholars could be a life for you? 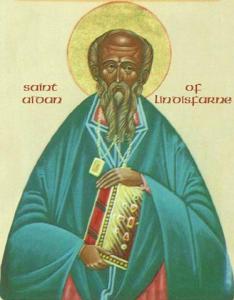 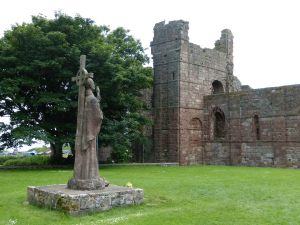 16 thoughts on “The Holy Island of Lindisfarne”

This is a text widget. The Text Widget allows you to add text or HTML to your sidebar. You can use a text widget to display text, links, images, HTML, or a combination of these. Edit them in the Widget section of the Customizer.
%d bloggers like this: